Webinar sa7 III: how data can mislead the public 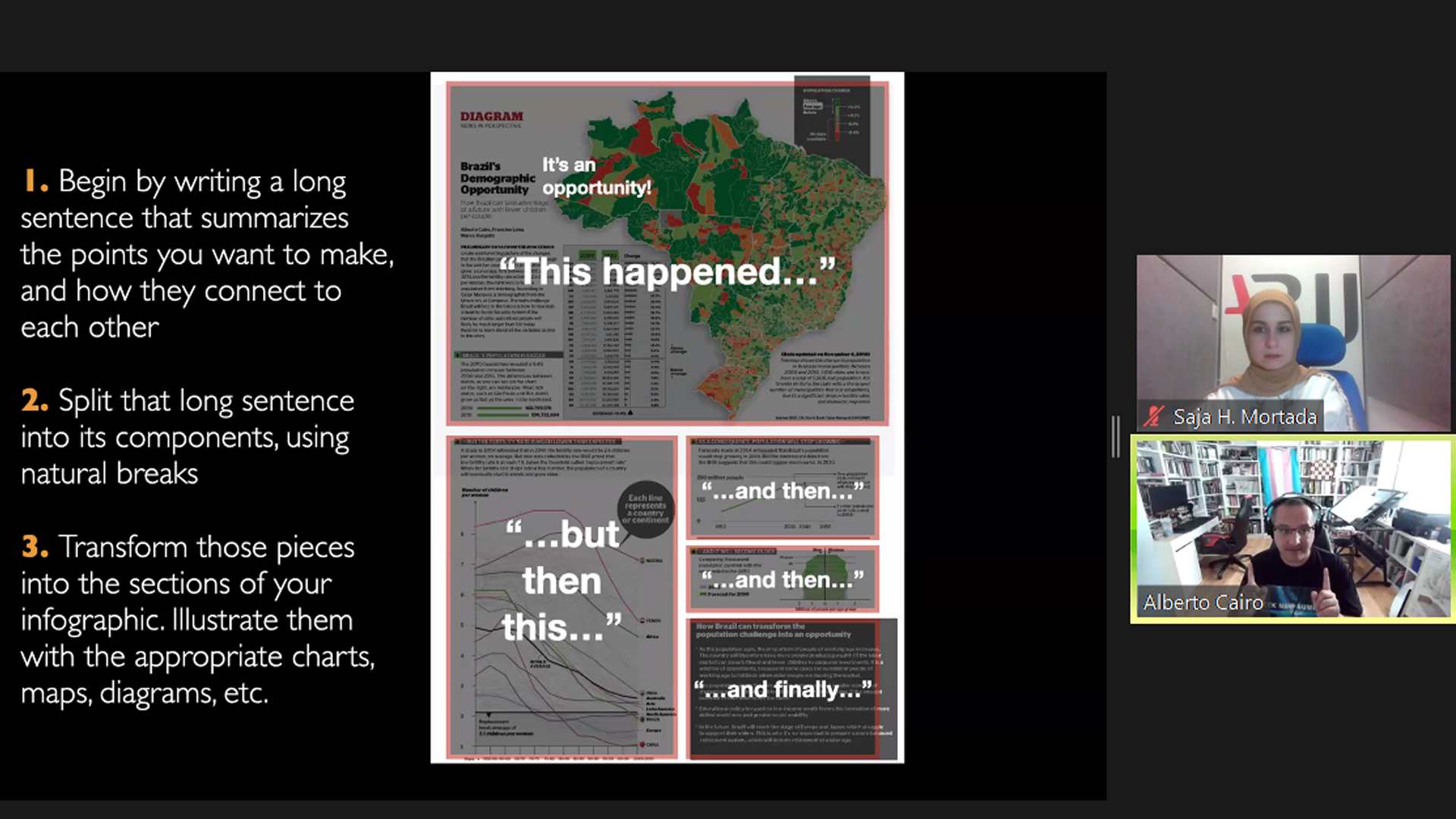 With the participation of more than 200 participants via Zoom and 620 viewers on Facebook, the Arab Fact-Checkers Network (AFCN) led by ARIJ hosted Alberto Cairo, a journalist, designer and professor of data visualisation at the University of Miami, on March 21, 2022 in the third webinar of the sa7 project. The SA7 project is part of the regional program “Qarib”, which is implemented by the French Agency for Media Development (CFI) and funded by the French Agency for Development (AFD).

Moderated by the Manager of the Arab Fact-Checkers Network (AFCN), Saja Mortada, Cairo presented in a two-hour interactive webinar the basics of data design that help journalists and factcheckers in using data and graphs to interpret information at different levels, emphasising the importance of understanding the context of the data being analysed. To avoid contributing to misleading the public and spreading false and misleading information, the trainer shared with the audience a number of cases and examples where data and graphs have been a reason for spreading mis- and disinformation in many cases, such as elections and health issues.

The trainer also introduced participants to a number of tools that help journalists in analysing data and elicit stories from it. The session witnessed a high interaction between him and the participants, who asked questions about his experience in finding data, analysing and investigating it in order to find out how the audience was deceived. Cairo also emphasised the importance of practising data analysis and visualisation so that we as journalists do not contribute to misleading the public, even if it is done unintentionally.

“Sa7” project aims to promote best practices, methodologies, and tools for fact checking in the Arab region, particularly in four countries facing political, economic, and security challenges and where public trust in the media is diminishing, which are; Lebanon, Jordan, Palestine, and Iraq.