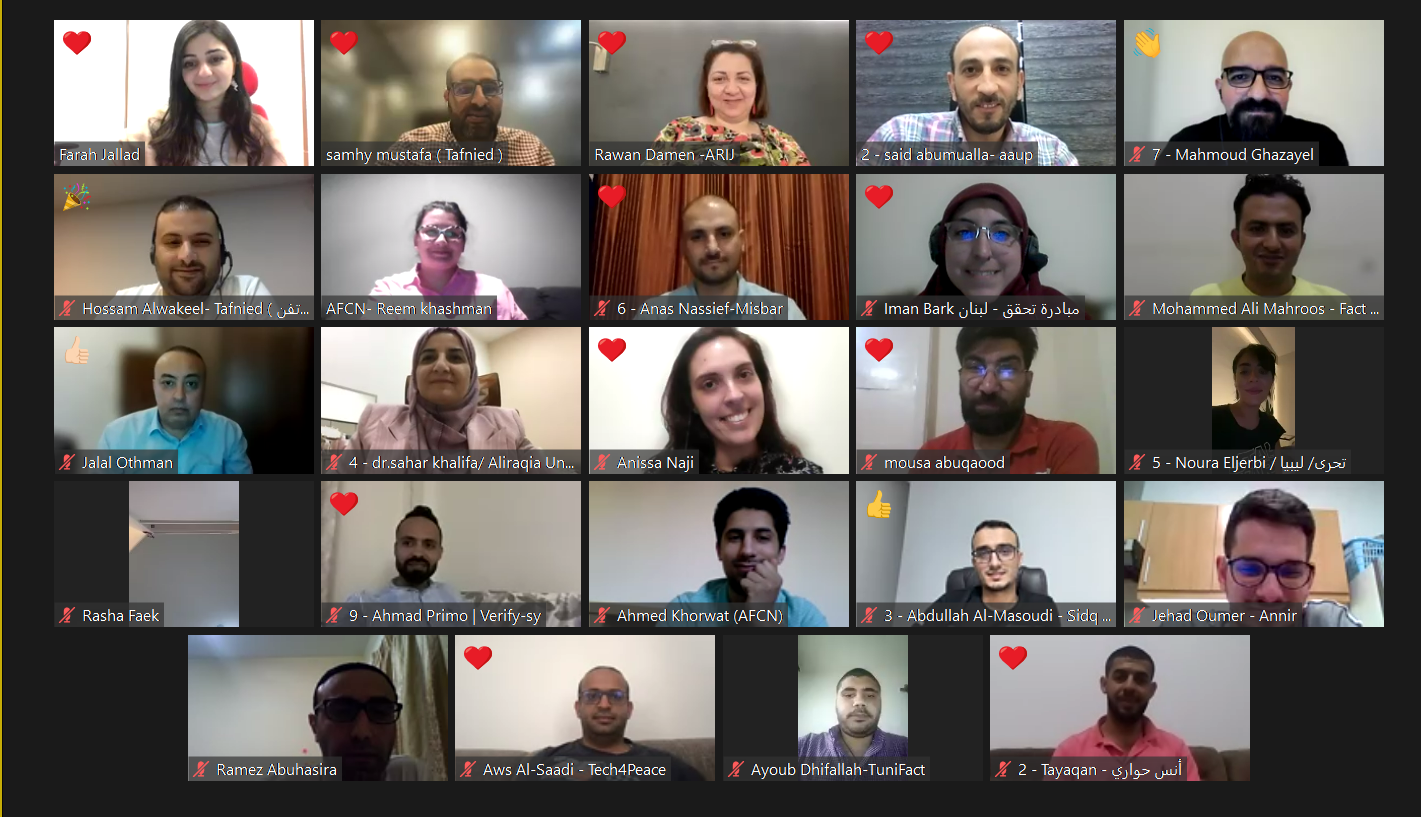 The Arab Fact-Checkers Network (AFCN) led by ARIJ, organised its second regional meeting on 9th of May 2022 from 6 to 8 pm Amman time, where 22 fact-checkers from 16 fact-checking organisations/initiatives and 9 professors from media faculties from 9 Arabic countries, met to discuss ways of cooperation between fact-checkers and media professors in the Arab world and came up with a number of recommendations.

ARIJ Director General Rawan Damen welcomed the attendees, pointing out the need to strengthen the cooperation and networking between the academic and the professional sector, in order to develop fact-checking in the region from its ground.

The meeting was moderated by Farah Jallad, the project manager of 100 Watts project, who introduced the network and initiated the discussion between media academics and fact-checking professionals, to discuss the challenges and opportunities for the media students in the Arab World.

The meeting included also the signing of AFCN code of principles by fact-checking organisations/initiatives.

The meeting included the importance of strengthening communication between AFCN and media faculties in the Arab world because of its great benefit in enhancing accountability and restoring confidence in media.