AFCN concludes its 5th workshop under “SA7” project for 2022 AFCN 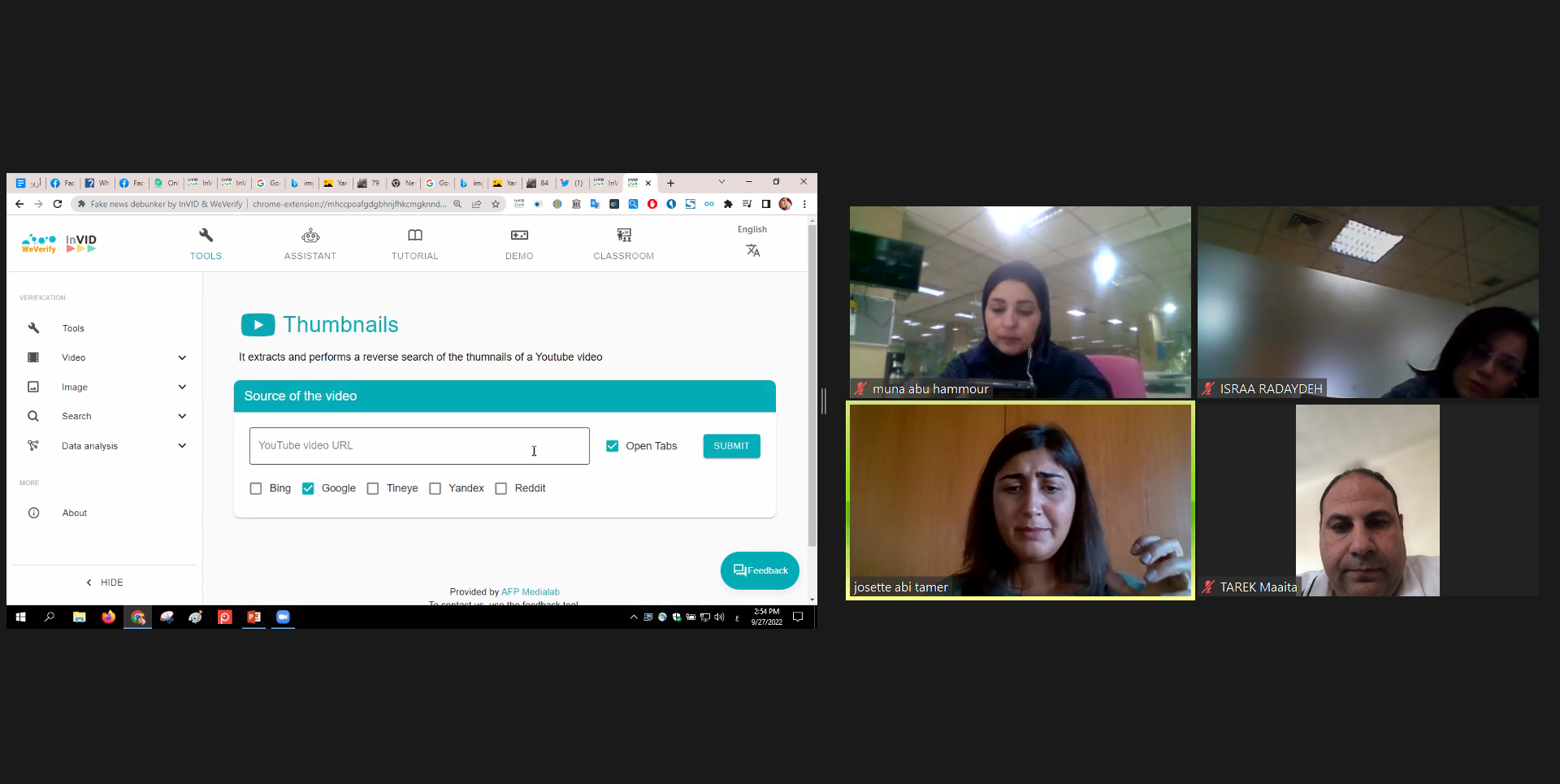 Spanning three days, from 26th to 28th of September 2022, the Arabic fact-checking team at France Press Agency (AFP), has trained 25 journalists in the workshop, freelancers and employed within media institutions, from Lebanon, Jordan, Palestine and Iraq.

Joyce Hanna, a fact-checker at AFP, with over 15 years of experience, has trained the participants in Google advanced search, advanced social media search (Twitter, Tweetdeck, Facebook), and health and science claims verification.

Also trained in the workshop is Josette Abi Tamer, a fact-checker in the fact-checking service team at AFP, and a former writer and editor for Lebanese newspapers and other Arab websites. She introduced the participants to the archiving tools, Verifying websites & accounts on social media, and Verifying photos through advanced search using different search engines.

The Journalist Khaled Sobeih, who is head of the Arabic fact-checking service team at AFP, explained how to fact-check misinformation in times/areas of crises, wars and conflicts.

Zainab Hussein Zuaiter, a Lebanese journalist working at Lebanon 24, said, “The workshop was very good. I’m certain that now I know many tools that I wasn’t aware of to verify photos and videos that protect us against misinformation”.

For his part, the Jordanian journalist, Muhammad Yasser Al-Tawalbeh, expressed his benefit from the workshop, “The workshop was more beneficial than i expected, especially about the means and tools for post-publication fact-checking, which I previously, didn’t learn much about”.

It is worth noting that the “Sa7” project aims to promote best practices, methodologies, and tools for fact-checking in the Arab region, particularly in four countries facing political, economic, and security challenges and where public trust in the media is diminishing, which are; Lebanon, Jordan, Palestine, and Iraq.