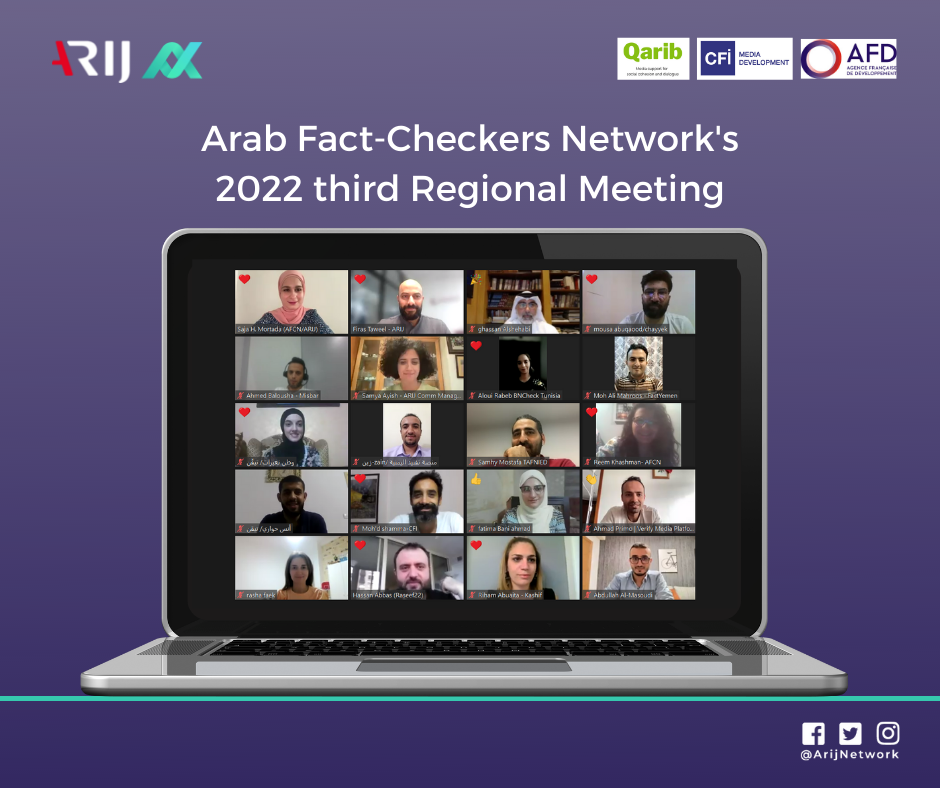 The participants also stressed the need for media organisations to realize the importance of pre- and post-publication fact-checking, and to start instilling the concept of fact-checking in their newsrooms.

It is noteworthy that the Arab Fact-Checkers Network previously held two regional meetings, the first meeting discussed the network’s code of principles and guidelines, and the second meeting, which brought together fact-checking initiatives/organisations with Arab Universities, and discussed the importance of cooperation and establishing curriculum of fact-checking in Arab Media faculties.