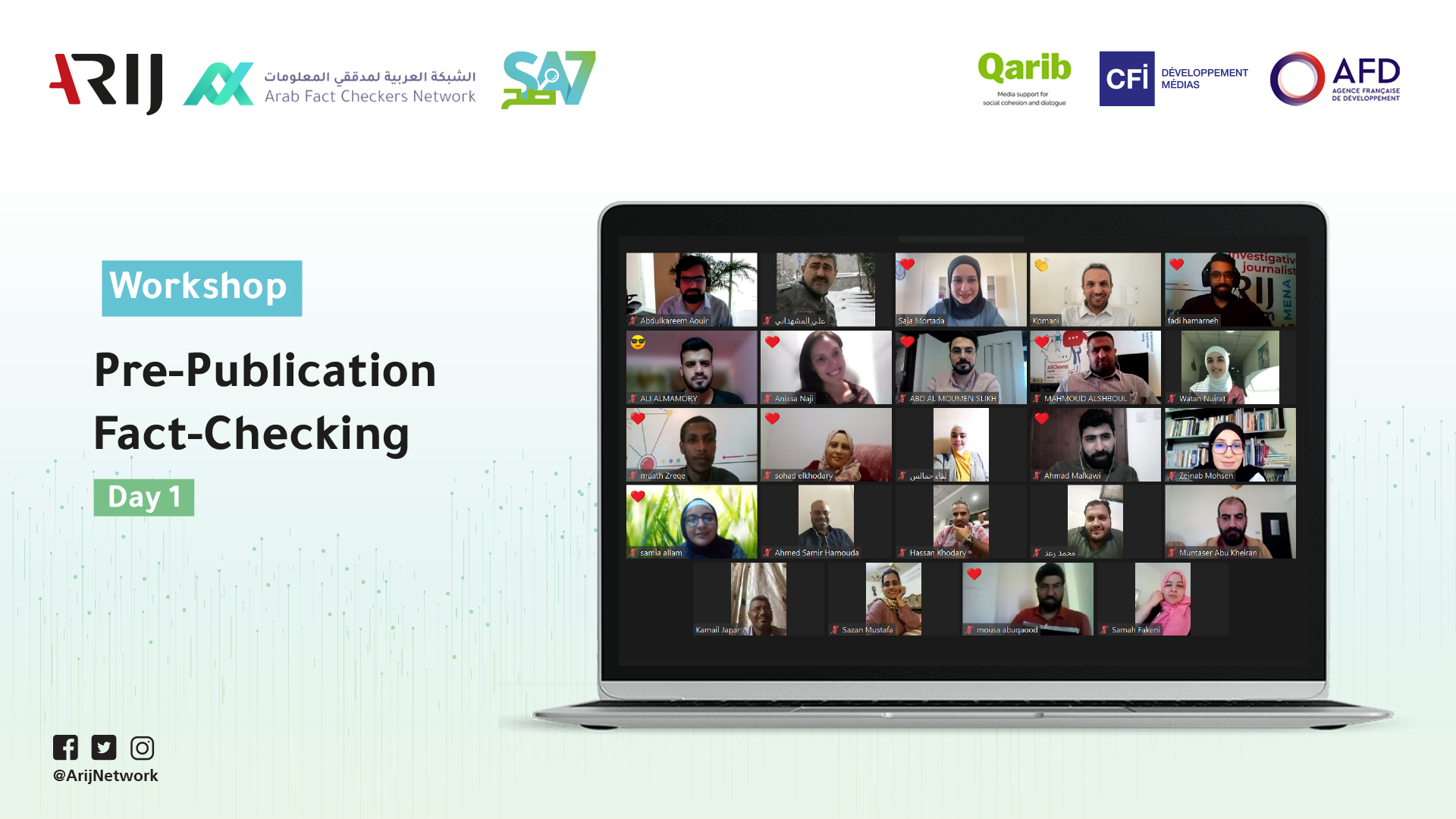 The Arab Fact-Checkers Network (AFCN) led by ARIJ, organised a remote workshop through the ARIJ Academy on “Pre-publication fact-checking”, between 23th and 27th May  2022,  under the “Sa7” project. This project is part of the regional program “Qarib”, which is implemented by the French Agency for Media Development (CFI) and funded by the French Agency for Development (AFD).

The workshop was attended by 27 participants from 7 different Arab countries coming from media organisations, fact-checking organisations, as well as freelancers.

Regarding the workshops’ program, it was splitted into two parts: during the first part the participants were introduced to the ARIJ fact-checking methodology by the AFCN Manager Saja Mortada, together with the investigative journalist and senior data editor at ARIJ, Muhammad Komani.

The second part was trained by Hisham Moadamani, a Syrian researcher working for Mnemonic within the Syrian Archive’s open-source investigations project, who explained various online fact-checking tools and the foundations for fact-checking geographic locations, photos, and videos.

The training workshop witnessed distinguished interactions from the participants in fact-checking reports and investigative investigations using the ARIJ methodology in pre-publication fact-checking  in addition to checking photos and videos.

Noura, a freelance journalist from Yemen, said: “It was a very special training, and my first training in terms of pre-publication fact-checking. I learned about the importance of fact-checking content before publication, which unfortunately is not taken care of by media organisations… My view on the fact-checking process has completely changed.”

Abdul Karim Aweer, a Qatar-based fact checker, expressed satisfaction with the material presented in the training and pointed out that it will help him in his next journalistic project.

It is worth noting that the “Sa7” project aims to promote best practices, methodologies, and tools for fact-checking in the Arab region, particularly in four countries facing political, economic, and security challenges and where public trust in the media is diminishing, which are; Lebanon, Jordan, Palestine, and Iraq.